The Cathedral of St John the Baptist was turned from pitch black to a mass of blazing light during an Easter Vigil on Saturday night (April 15).

An Easter Paschal candle was lit from a brazier fire outside the west door and processed into the cathedral where it was used to light candles from each of the hundreds of people present at the first Mass of Easter. 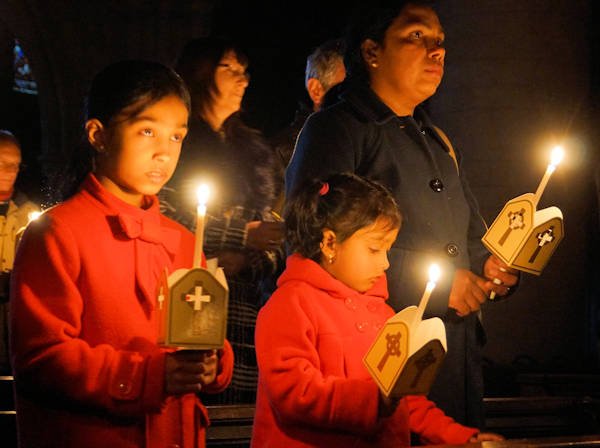 In his homily, Bishop Alan Hopes, said: “Tonight is a night above all other nights, a celebration above all other celebrations. The Lord Jesus who was born of the Virgin Mary, rejected by humankind, suffered death on the cross and was buried, this same Jesus is indeed risen from the dead, he is alive and is present with us now and until the end of time.

“Our Easter vigil began tonight in darkness, just like the darkness of the tomb in which the body of Jesus had been buried. The Easter candle, the symbol of the risen Christ, was lit and then we all lit our candles from the Easter candle until this cathedral was ablaze with lights. It is as if into the darkness of our world and lives steps the risen Christ and shares his light. It was as if God has said again, like at the beginning of creation: ‘Let there be light’ and there is light.”

Later during the Mass, a number of adult candidates were baptised into the Christian faith and, along with others who were confirmed, were anointed with sacred Chrism oil and welcomed into the Catholic Church. 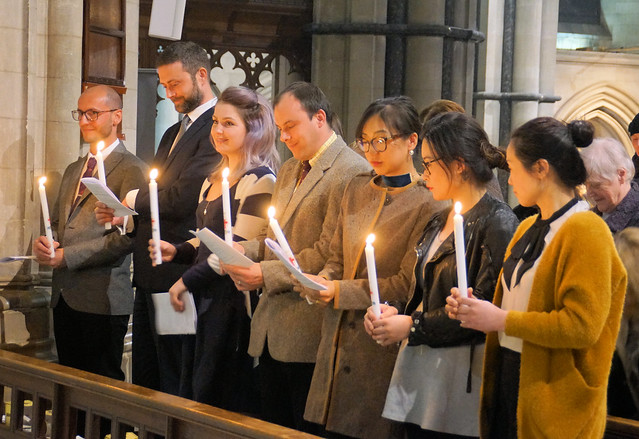